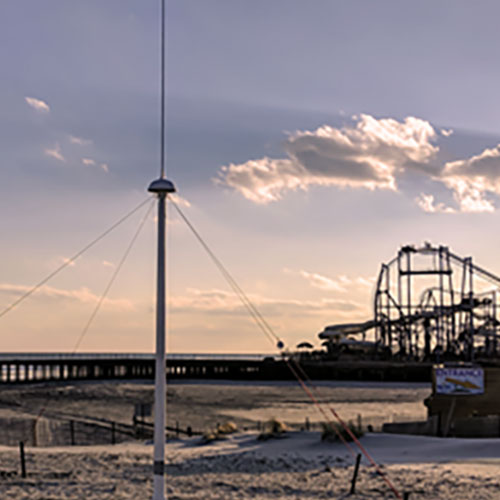 High Frequency (HF) Radar is used by ocean researchers to measure surface current velocity fields over the coastal ocean. An HF-radar system can measure surface currents with a spatial resolution of 1-6 km with a maximum range of 200 km. The higher spatial resolution, the lower the range. Currents are acquired every hour. All the HF-Radars used in the Mid-Atlantic are the SeaSonde manufactured by Codar Ocean Sensors.