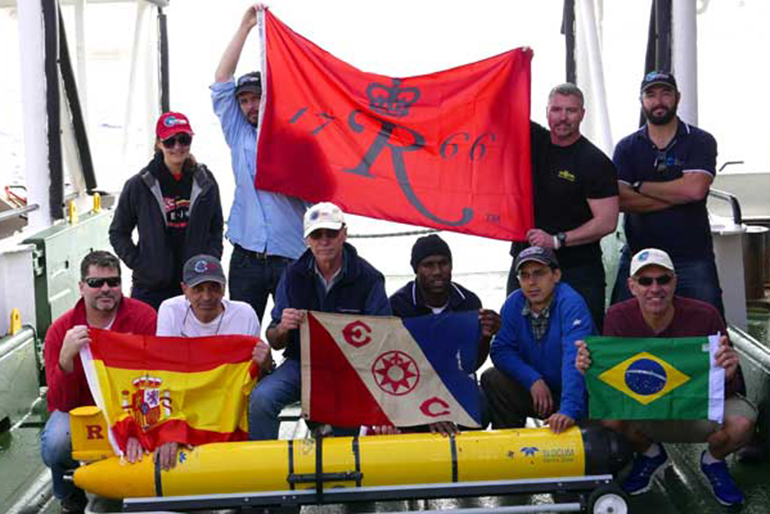 After 282 days at sea, on March 31, 2016 the Rutgers Slocum Electric Underwater Glider, RU29, “Challenger” was recovered off the coast of South Africa completing the first crossing of the South Atlantic by an autonomous underwater vehicle. The glider was launched from Ubatuba, Brazil on June 23, 2015. This also completes the first circumnavigation of an ocean basin by an autonomous underwater vehicle. “Challenger” was first deployed January 11, 2013 from Cape Town, South Africa, was recovered, rebatteried and redeployed off of Ascension Island in November of that year, and then recovered off of Brazil on May 18th 2014 before the most recent trek back to South Africa. 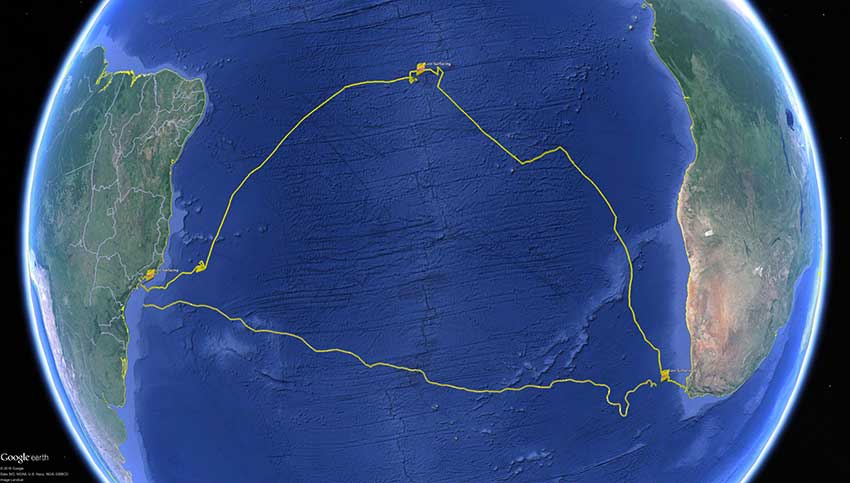 This excursion is part of The Challenger Glider Mission: an initiative to circumnavigate the globe with the autonomous underwater vehicles to collect an unprecedented data set from the ocean that is fed in real time to the US global ocean models to better enhance their forecasts. The mission also strives to spread ocean literacy around the globe and has resulted in a number of educational talks being given around the world. Part of this educational aspect is the heavy involvement by undergraduates at Rutgers University where during the semester, groups of students in the Ocean Observatories course monitor aspects of the mission such as the engineering and science data from the glider, ocean dynamics, biology of the regions and culture of the collaborating countries and potential stopping points. A select number of students then have the opportunity to continue working on projects through summer internships funded by Teledyne Webb Research that have lead to a number of student publications in the Marine Technology Societies Proceedings including:

The success of RU29 follows the previous Challenger Mission Deployments flown by Teledyne’s glider “Silbo” which went from Iceland to the Azores, Azores to Canary Islands, and Canary Islands to Barbados from June 2011 to August 2013. 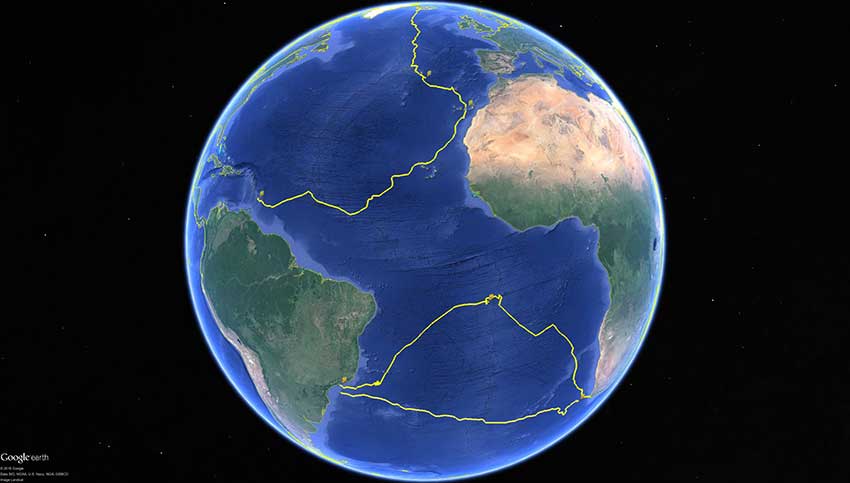 Later this year, Silbo will be redeployed from Massachusetts to cross the North Atlantic to Northern Europe, while RU29 will be deployed from the Western Coast of Australia and circumnavigate the Indian Ocean.

Congratulations to Tim Stolarz who successfully defended his Master’s thesis

Rutgers Marine Field Station: On the Edge of Climate Change