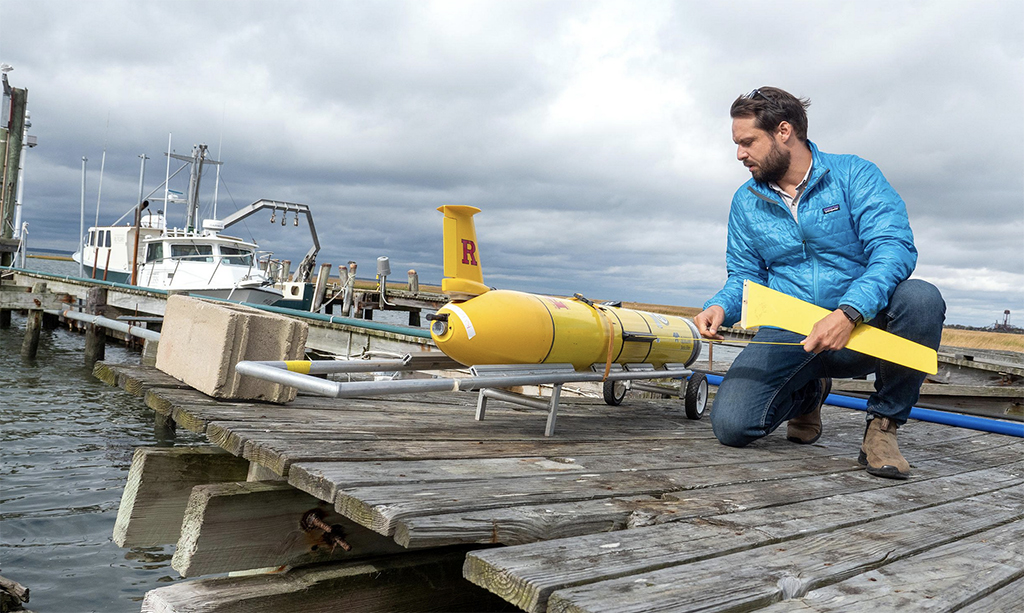 The water mass known as the “Mid Atlantic cold pool”– an area of cool water off the coast that traditionally makes hurricanes less severe the further north they travel — mysteriously vanished from the New Jersey coast, eliminating one of state’s natural defenses against hurricanes. What followed was the second costliest tropical cyclone to impact the United States, which resulted in numerous lives lost because of Sandy’s high winds and catastrophic storm surges. The storm caused about $30 billion dollars’ worth of damage throughout New Jersey.

Four days before Sandy made landfall, Travis Miles, then a doctoral degree student and now assistant professor of marine and coastal sciences, traveled 13 miles off the coast in rough seas to launch Glider RU23 – an ocean robot that can acquire data in the waves at the center of a hurricane and studies tropical storm intensification and ocean acidification, water temperature, depth, salinity and more – near the Rutgers University Marine Field Station.

It was one of the first planned missions of its kind. Over the past decade, Rutgers robot research has helped change the field of oceanography and the way scientists understand extreme weather. In the last two weeks, gliders have been collecting information about Hurricane Ian off the coast of New Jersey as the storm traveled north after devastating parts of Florida.

“As we watched Superstorm Sandy in 2012, it became more apparent it wasn’t weakening, at least not due to the ocean, the way Hurricane Irene did,” said Miles, a former graduate student of RU COOL cofounder Scott Glenn, who has been an integral part in developing a new generation of oceanographers. “All of the cold water we expected, similar to the year before, to weaken the storm wasn’t there. So we knew we had to track it.”