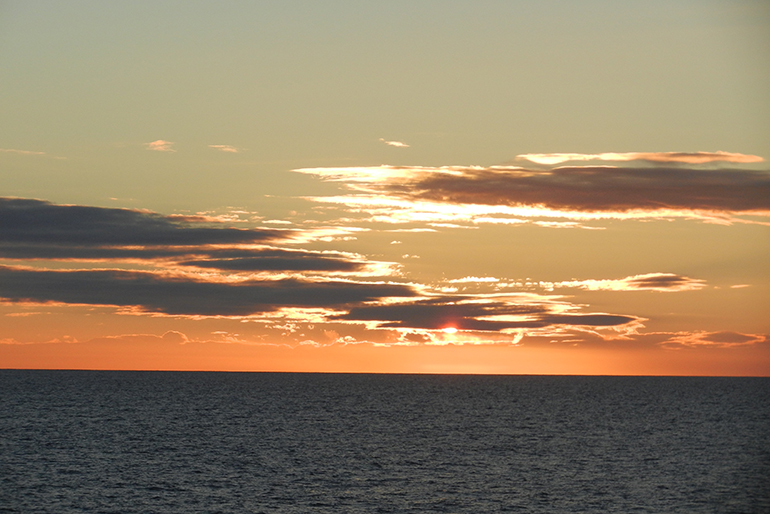 In Celebration of the 250th anniversary of Rutgers University, Rutgers Today, an online source for news around the university has periodically released articles celebrating Rutgers people and innovations that have changed lives around the world. The following is an article by Ken Branson on the impacts RUCOOL has made world wide over the past two decades.

Nearly 20 years ago, Josh Kohut, a rising college senior, walked onto the ground floor of a revolution starting at Rutgers—the art and science of observing the world’s oceans.

Kohut got a summer job working for Scott Glenn, a Rutgers University–New Brunswick marine scientist who was just starting to use high-frequency radar designed to hug the surface of the ocean and “see” over the horizon.

It was one of several new technologies Glenn and his colleagues at Rutgers would go on to adopt and share with the world over the next two decades, forever changing the field of oceanography and the way scientists understand weather, marine life, and related areas.

“The development of ocean observing was championed here,” says Kohut, now an Associate Professor of Marine Science at Rutgers and a cofounder of what was the Rutgers University Coastal Ocean Observation Laboratory that is is now the Rutgers University Center for Ocean Observing Leadership (RU COOL). “The benefits have been in understanding storms, water quality, fisheries, and search and rescue.”

For decades, oceanographers had gathered data by observing a spot in the ocean over a period of time with buoys or a tide gauges, or by surveying a swath of ocean by pulling sensors behind a ship.

The ocean is under-sampled, to put it mildly,” says Glenn, Distinguished Professor of Marine and Coastal Sciences and another RU COOL cofounder. “We needed spatial data—not just a time series at a point or a shipboard sample that was a one-off. Nobody could afford 1,000 moorings or 1,000 ships.”

Glenn and his team first set out to work with satellite imagery, then on the high-frequency radar called CODAR (Coastal Ocean Dynamics Application Radar). Then they started working with sensors on drifters, buoys, and robot gliders.

Their work made it possible—and practical—to study different points in the ocean simultaneously. They also decided to make their findings public, posting the data online for others to use for their own work.

Other universities “wanted to use [CODAR] data for research papers, but they wouldn’t put it up on their websites for others to look at,” says Donald Barrick, CODAR’s inventor and CEO of

CODAR Ocean Sensors. “Rutgers has always been very open about this, not proprietary. They were the beginning in the United States of using our radars for societal applications, not just research.”

“Before, we could accurately predict a hurricane’s direction but not the intensity of its landfall,” says Oscar Schofield, Distinguished Professor and Chair of the Department of Marine and Coastal Sciences and another cofounder of RU COOL. “Now, we know how to do that, which has huge implications for emergency preparedness, landuse planning, and lots of other activities.”

The program drew international attention in 2009 when Rutgers scientists achieved the world’s first transatlantic crossing of an undersea robotic glider. The media likened the feat to Charles Lindbergh’s solo flight across the Atlantic Ocean, and the glider, dubbed the RU27 Scarlet Knight, was put on display at the Smithsonian Institution.

Now, gliders fly underwater in all the world’s ocean basins, and CODARs line both coasts of the United States and are deployed in several other countries. Going forward, RU COOL is at the heart of the effort to manage and understand all that data.

In June 2016, the National Science Foundation awarded $11.8 million to Rutgers to design, build, and operate the data system for the Ocean Observatories Initiative, which collects and shares data from more than 800 sophisticated instruments deployed in the Atlantic and Pacific oceans. The data are transmitted to labs ashore by submarine cable or satellite. The Rutgers team includes RU COOL and the Rutgers Discovery Informatics Institute. The goal: provide a holistic view of the world’s oceans.

“The view of the world before was that we’re data-limited, and if we just had the data, the ocean would make sense to us,” says Matt Oliver, professor of marine science at the University of Delaware who did his graduate work with RU COOL. “Now, there is so much data going

in, we’ve gone from being blind to staring into the sun, and we’re still blind.”

Like Oliver, hundreds of undergraduate and graduate students have started their careers at RU COOL to get hands-on experience. In 2009, when the lab sent the Scarlet Knight glider on its historic journey across the Atlantic, the professors often knew no more than their students, and weren’t afraid to admit it.

“There were times when [Glenn] just gave us the keys and told us to drive,” student Shannon Harrison told Rutgers Today in 2011.

The Rutgers scientists say they have been deliberate in choosing top students in hopes of identifying others from Rutgers who will go on to do revolutionary work.