NJ101.5: This robot measures NJ water quality for weeks at a time 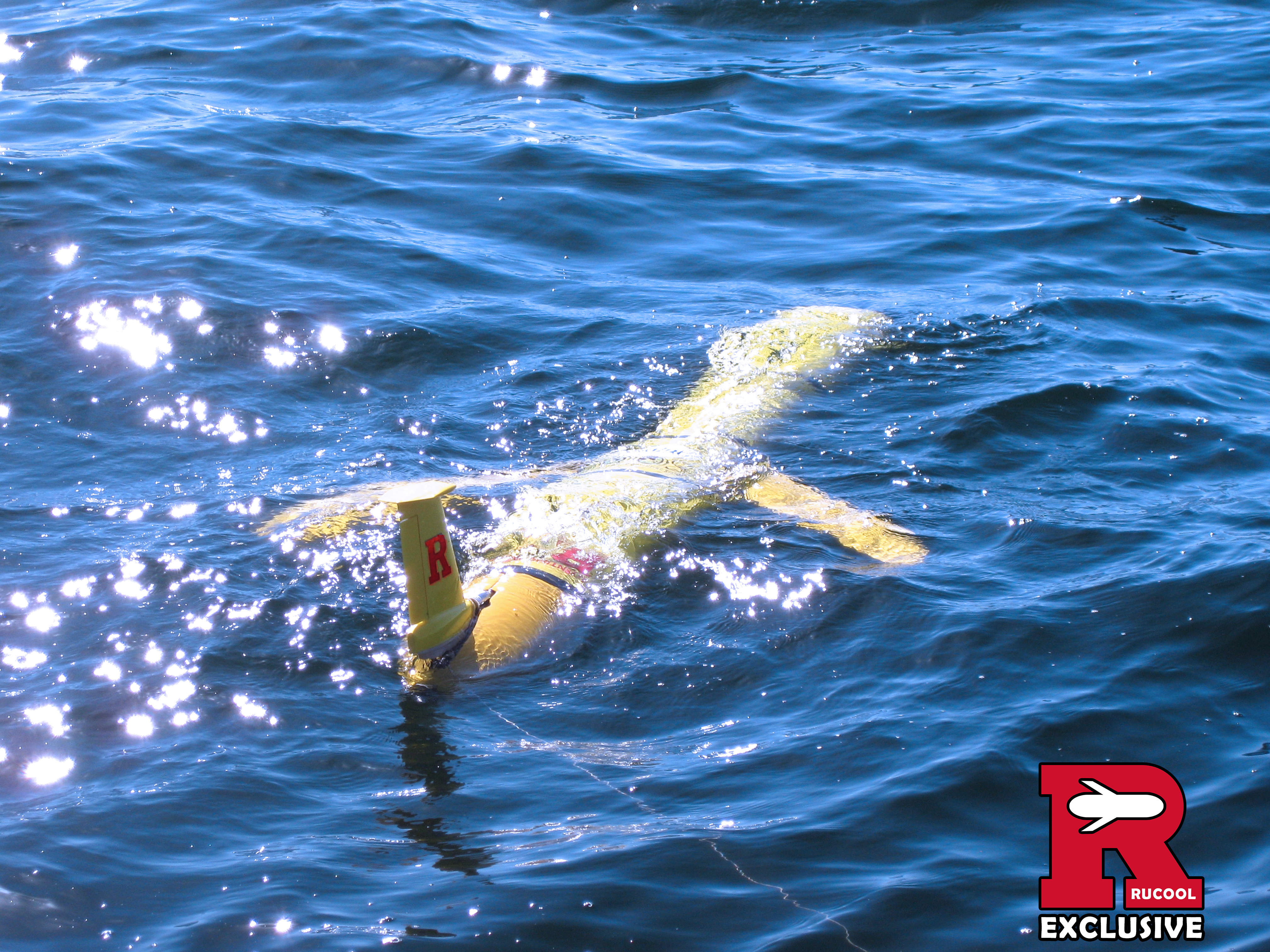 NJ101.5: This robot measures NJ water quality for weeks at a time

A robot enters the ocean and pulls in the right amount of sea water to help itself glide but not sink. For three weeks straight, the robot’s sensors are scanning the sea — from top to bottom — to spot any water-quality abnormalities. Every two hours, the robot comes up to the surface, sticks out its tail (equipped with an antenna) and transmits data to researchers on land.

Sounds like something out of a futuristic sci-fi movie, but that’s actually what will happen later this month and what has been happening about three times per year over the past decade.

In partnership with the state Department of Environmental Protection, Rutgers experts deploy underwater robot gliders to help monitor water quality during the beach season. The first deployment of 2019 is expected to occur in the middle of June.

The robot’s mission takes it from Sandy Hook to Cape May, constantly measuring dissolved oxygen and other factors that relate to the health of the water and the wildlife using it.

“The glider needs at least about 30 feet of water to really perform well,” said Josh Kohut, associate professor or oceanography at Rutgers-New Brunswick.

Kohut said “the tool fills a gap” left by other water-monitoring efforts conducted by the state. May 20 marked the 45th anniversary of New Jersey’s Cooperative Coastal Monitoring Program, through which quality testing is conducted weekly at hundreds of ocean, bay and river beaches. Aerial surveillance flights occur six days a week as well.

The robot’s next mission should run through the July 4 holiday. Its sensors also indicate when it may be getting too deep or too close to the ocean floor. And with its ability to make a satellite phone connection, its updates every two hours let researchers see in real time where it’s located, what it’s sensing and whether battery life is efficient.

Kohut said “the partnership with DEP has been in place for the past 10 years“. Kohut said “a glider happened to be in the water in 2011 when Hurricane Irene came up the coast“.

“Because gliders don’t get seasick we kept it out in the storm, and we learned a lot about how the ocean and the atmosphere work during hurricanes,” he said.