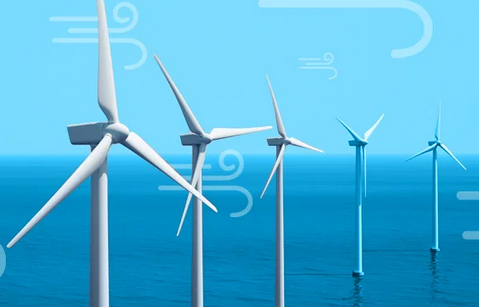 WASHINGTON—Last week, a broad coalition of business, community, environmental, and labor groups issued the following statement in response to the Biden Administration’s announcement of new leasing, funding, and development goals to accelerate and deploy offshore wind energy and jobs.

“We face unprecedented and intersecting environmental, public health, and economic crises that exacerbate racial and social injustices—presenting an existential threat to our communities, our nation, and our world. Offshore wind is uniquely positioned to help address these challenges. The Administration’s sweeping, whole-government approach outlined this week signals the urgency, seriousness, and determination that is needed to face these threats head on.

“We are united in our belief that done right, offshore wind power will create thousands of quality, family-sustaining jobs in manufacturing, construction, operations, and maintenance, and in the development of port facilities and associated infrastructure. We agree that offshore wind power can and must be developed in a manner that protects coastal and marine ecosystems and advances social and racial equity and environmental justice.

“Together, we stand ready to work with the Biden Administration to help fulfill today’s offshore wind commitments with a comprehensive, responsible approach to scaling up this critical new energy source for America.”

“Last week the Biden Administration signaled its strong commitment for offshore wind energy and more than one hundred organizations representing a broad and diverse spectrum of developers, labor unions, frontline environmental justice groups, research organizations and environmental non-profits reacted in unison to the responsible development of offshore wind.  This is a once in a generation opportunity to create a new American clean energy industry and now, with this signal from Washington, offshore wind can play a major role in addressing the climate crisis, rebuilding the economy and providing thousands of family-sustaining jobs,” said Joe Martens, Director of the NY Offshore Wind Alliance and former Commissioner of the NYS Department of Environmental Conservation.

“America’s promising wind industry has long had the technological know-how to deliver significant amounts of emission-free power to consumers and businesses. With the bold targets the Biden Administration announced today, the industry now has the wind at its back. This broad coalition recognizes this much-needed dose of political will enables the US to usher in a new era of clean, affordable and sustainable energy that will help hold the line on climate change while creating nearly 80,000 well-paying jobs. This is exactly what we need, and not a moment too soon,” said Francis Pullaro, Executive Director of RENEW Northeast, a Connecticut-based nonprofit that unites clean energy companies and environmentalists in pursuit of expanding renewable energy in New England.

“The Mid-Atlantic Renewable Energy Coalition applauds the Biden Administration’s pairing of bold vision with concrete action to scale-up offshore wind. Between the new 30 gigawatt by 2030 goal, the long-anticipated New York Bight lease area designation and the start of an environmental impact assessment for the 1.1 gigawatt Ocean Wind project off New Jersey, we’re looking at a massive boost to job creation and investment in the Mid-Atlantic region. This is how you go big on infrastructure, economic stimulus and climate all at once,” said Bruce Burcat, Executive Director · Mid-Atlantic Renewable Energy Coalition and former Executive Director of the Delaware Public Service Commission from 1995 to 2010.

Fish and Whales Keep Greenhouse Gases in the Ocean

Lauren Cook was selected as a 2021 Con Edison Waterfront Scholar

Antarctica During the Pandemic

New Paper out on Antarctic Krill