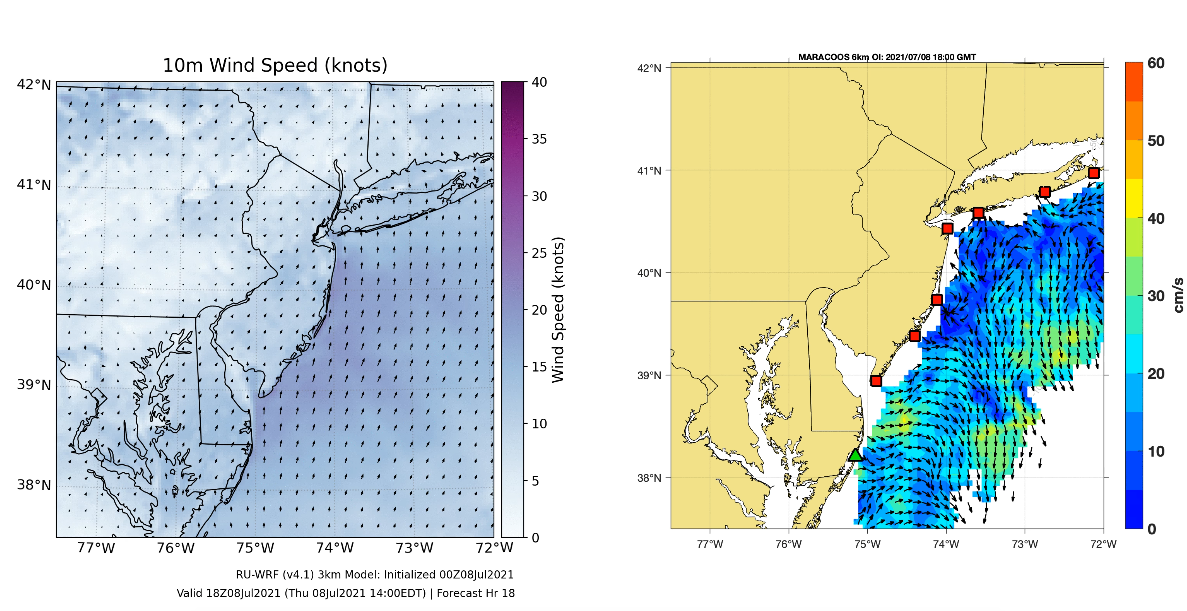 Researchers from Rutgers are analyzing the response of the ocean to the recent passage of Tropical Storm Elsa.  The storm was modelled in real time by the Rutgers Weather Research and Forecasting model (RUWRF).  The animation shows the surface winds as the storm moved past the Jersey Shore.  The ocean surface currents were captured by the MARACOOS High Frequency Radar (HFR) Network which is supported by U.S IOOS.  The animation shows the surface currents along with the 6-hour best track of the storm from the National Hurricane Center.  The best track was interpolated to hourly positions to map to the update frequency of the HFR maps.

Congratulations to Dr. Schuyler Nardelli for successfully defending her dissertation

Congratulations to Dr. Liza Wright-Fairbanks for successfully defending her dissertation

Join Rutgers oceanographer Oscar Schofield as he chats with researchers aboard the Nathaniel B. Palmer as they study the marine ecosystems of the West Antarctic Peninsula

Congrats to Dr. Slesinger on Her PhD Defense!