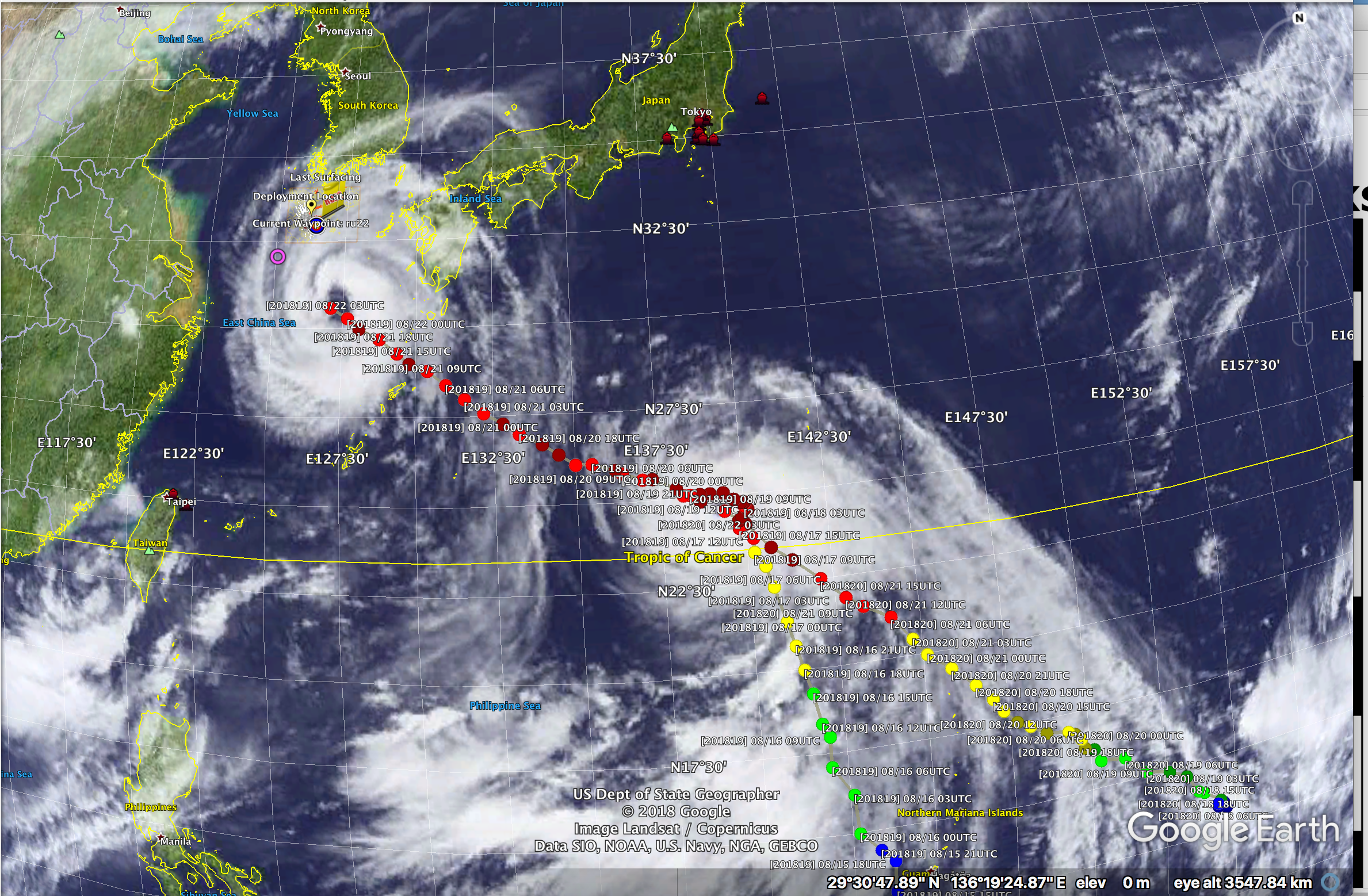 Typhoon Soulik, currently a category 3 storm, approaches Japan and Korea. Rutgers glider RU22 is deployed ahead of the eye in the Yellow Sea off of Korea’s Jeju Island. Glider RU22 is looking for ocean processes similar to those discovered by Rutgers gliders during Hurricanes Irene and Sandy in the Mid Atlantic. RU22 was deployed by Rutgers Professor Travis Miles as part of the KOREA-US Joint Program Agreement (JPA) between KIOST and NOAA. 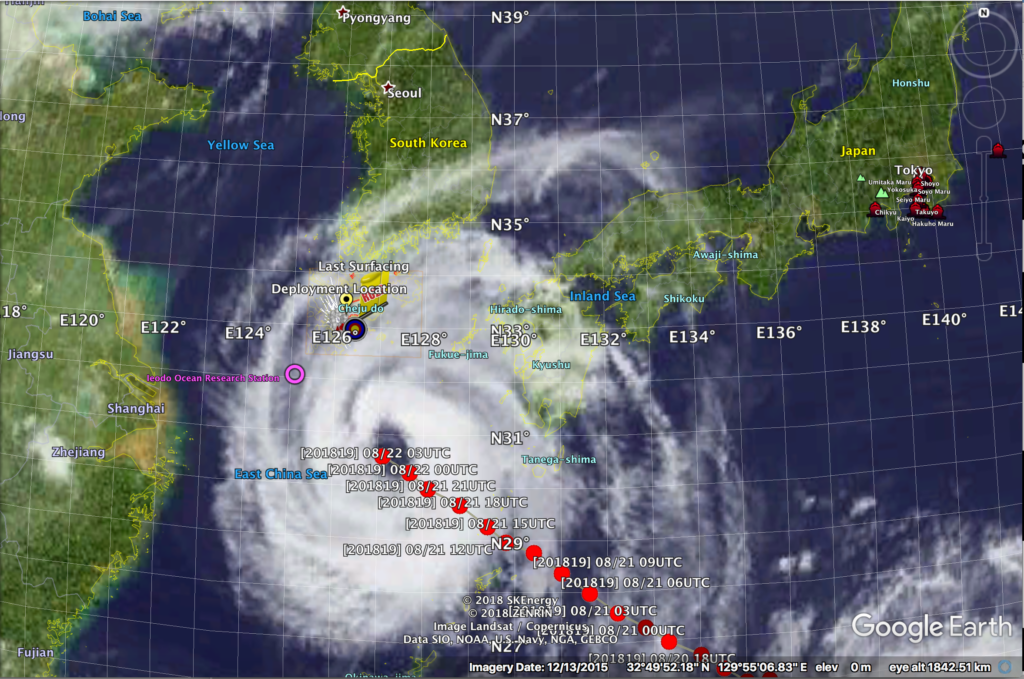 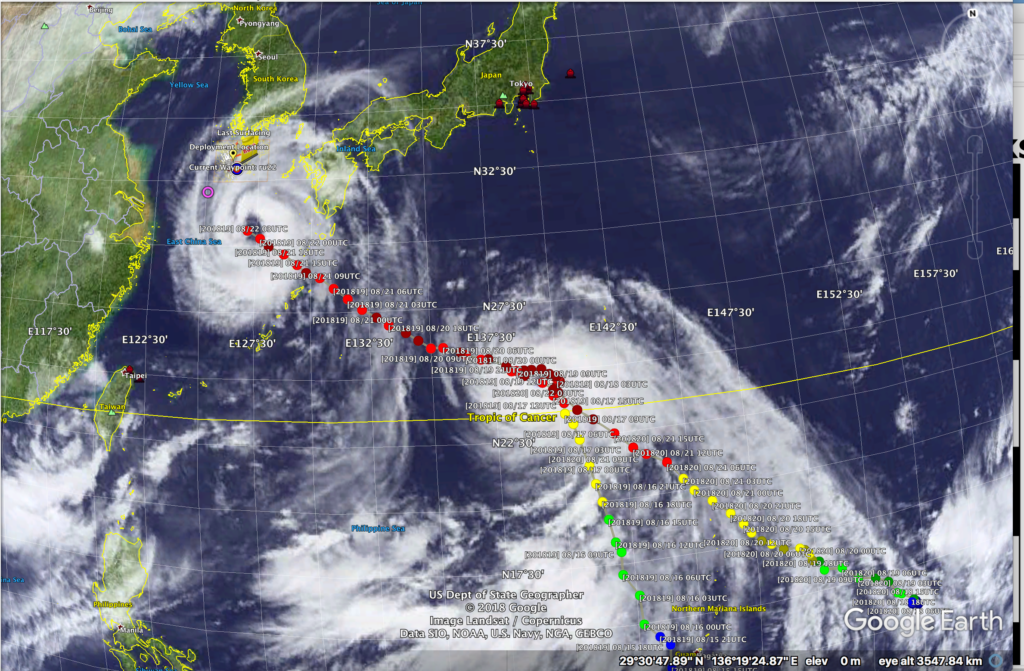 Travis Miles on the coast of Jeju Island, South Korea, as Soulik approaches 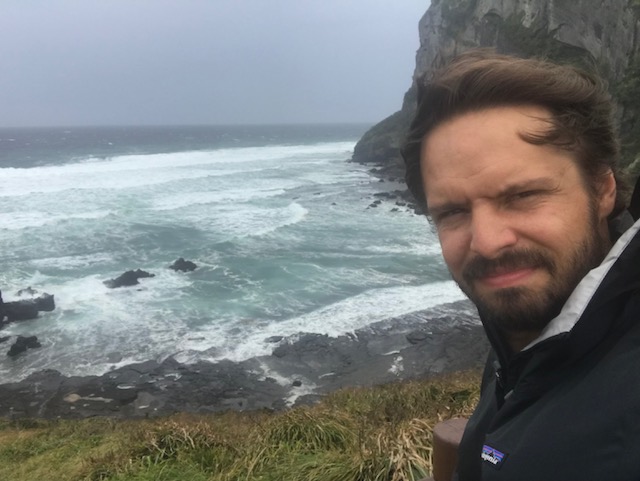