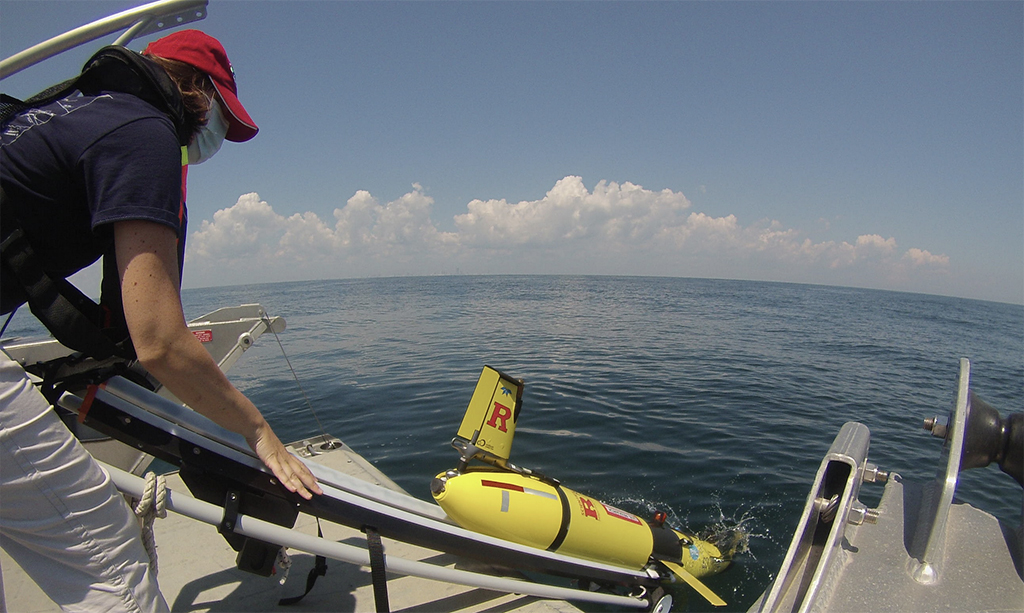 In a well-functioning marine ecosystem, everything is connected – from microscopic matter to massive aquatic mammals. If any one element becomes unbalanced, the ripple effects can be devastating.

This interconnectedness is one of the reasons why climate change is such a significant – and imminent – threat to the world’s oceans. Katherine Richardson, a researcher of marine biology and biodiversity, notes that we’re already seeing major disruptions in Earth’s marine ecosystems: motile (moving) organisms migrating to new regions to escape warming temperatures, excess nutrient input from pollution affecting marine life, and coral bleaching, among other calamities.

Biodiversity is taking a huge hit in the wake of a changing climate – which in turn impacts climate mitigation efforts. “The biodiversity crisis is at least as important as the climate crisis,” explains Richardson. “Biological processes, including both land and ocean photosynthesis, are critical for establishing sinks in the global carbon cycle. The way we change the biosphere’s capacity for carbon storage is an integral part of the climate crisis.”

Below, take a journey from the coast to the seafloor to learn more about three critical efforts that aim to improve marine ecosystems.

In the project’s initial phase, seagrass seeds will be planted along four hectares. The plants will provide critical shelter for animals, as well as a nursery for certain fish species. Next, conservationists plan to release 500,000 native oysters to encourage biogenic reef development.

Dr. James Wood, the fisheries and research manager of the North Sea Wildlife Trusts, notes that the iconic estuary is one of the most important conservation sites in the UK. “It’s recognized as the single largest freshwater contributor to the North Sea, with tributaries that drain one-fifth of England’s landmass. Nature conservation works here, alongside some of Europe’s busiest transport routes, and there is immense potential for pioneering as well as ongoing restoration for marine wildlife,” he explains.

Dr. Wood and his team will be closely monitoring metrics of success of the estuary restoration project, including oyster survivorship rates, reef formation stats and signs of reproduction. They’ll also monitor if the seagrass seedlings are taking root, stabilizing sediments and expanding their footprint into adjacent areas. Ideally, the efforts will lead to enriched coastal habitats, carbon sequestration, improved water quality and an overall increase in marine species.

Adoption of renewable energy systems is a key part of addressing climate change – but in an interconnected world, even the most well-intentioned efforts must be implemented carefully, with consideration of potential unintended consequences. When it comes to constructing the infrastructure required for offshore wind farms, the process must be deliberate – and data-driven – in order to cause the least amount of disruption to marine ecosystems as possible.

One example of a research effort attempting to quantify the impact of renewable energy infrastructure on marine life is the Ecosystem and Passive Acoustic Monitoring (ECO-PAM) project, which gathers crucial data about the North Atlantic right whale.

This magnificent animal is capable of traveling thousands of miles in search of food. Part of its migration habitat lies off the coast of the Eastern United States, including areas off of New Jersey and Massachusetts, where there’s ongoing offshore wind interest and activity. To better understand how wind farm rollout might impact this species, the ECO-PAM initiative collects data about the whale’s songs, migration patterns and general ocean conditions. It does so via acoustic monitoring buoys deployed by the Woods Hole Oceanographic Institution (WHOI), an acoustic vector sensor buoy by University of Rhode Island (URI) and an autonomous underwater glider developed by Rutgers.

The endeavor has been a collaborative effort, not only for developing the hardware and technology, but for deploying it effectively in challenging conditions. “Working with advanced electronics in the coastal ocean is always a challenge, as there are ships, storms and biology that occasionally impact our gliders,” explains Josh Kohut, a professor in the department of marine and coastal sciences at Rutgers. That said, the initiative has overcome all obstacles in its way thus far, including Covid-related delays that shifted the project’s original timeline.

Over the last two years, Rutgers has successfully deployed autonomous underwater gliders nine times. Each mission has helped collect data about not only the whales, but also about the oceanographic conditions they prefer – as well as more general data about the changing marinescape. The resulting data is publicly available and helps to support student-based research on marine mammal coastal habitats.

Full article at The Guardian