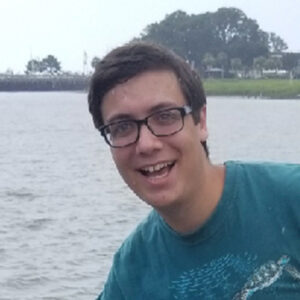 I am currently interested in determining the primary factors mediating phytoplankton community dynamics in the western Antarctic Peninsula (WAP) with Oscar Schofield. I am particularly interested in how abiotic elements, such as light, dictate phytoplankton community diversity. I am looking to utilize metagenomic and metatranscriptomic methods to determine diversity and functional responses (respectively) in the Antarctic phytoplankton on a relatively finer scale than previous research. I am aiming to apply the results of my research, in combination with historical data, to extrapolate future long-term changes in the ecological and biogeochemical states of the WAP ecosystem under the context of a changing climate.

I grew up in south central Maine where as a kid I was often off exploring the woods, taking plaster molds of bird footprints, catching small fish and frogs in nets, or recording observations of animals in my small notebook. Although I only spent an average of a few days a year near the ocean on family camping trips in Acadia National Park or summer excursions to the beach, I became captivated by the ocean at a young age and have pursued learning about it ever since. I got my undergraduate degree in Ecology at Susquehanna University in central Pennsylvania, during which I spent half of my summers as part of the university’s Freshwater Research Initiative studying stream ecology. The rest of the time I spent down in Savannah Georgia at the Skidaway Institute of Oceanography, where I aided in examining coastal estuarine phytoplankton dynamics and phytoplankton-bacteria chemical interactions. I am driven by a desire to explore, and I ultimately hope to expand our understanding of the ocean in a way that is both impactful and engaging.