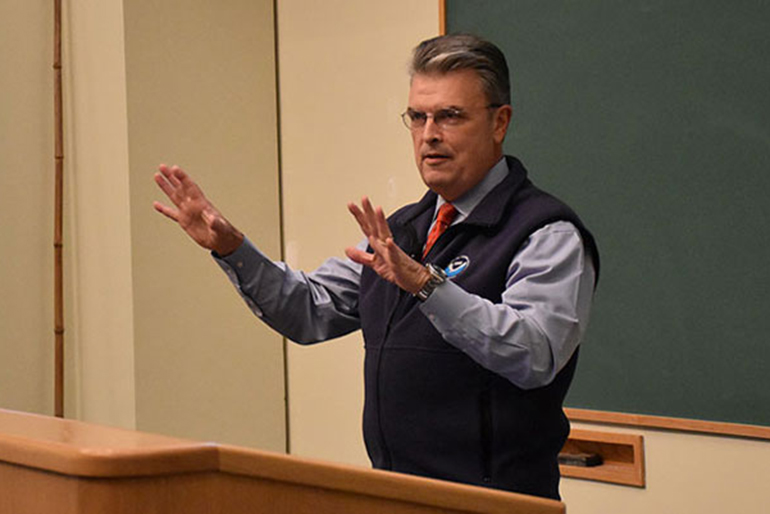 McLean gave his talk “Thoughts on the Discovery of a New Water Planet: Earth” to an audience ranging from freshman undergraduates to Distinguished Professors on how he went from being a Zoology student at Rutgers to the position he holds today and what initiatives within NOAA he pushes to further research of our planets oceans. As head of NOAA Research—the research office of the National Oceanic and Atmospheric Administration—Craig McLean J.D. directs the agency’s entire research enterprise, including all programs and laboratories. Over a 30-year career with NOAA, he has served as a commissioned officer on board hydrographic, oceanographic, and fisheries research ships and was the founding director of its Office of Ocean Exploration. An attorney practicing marine resource law, he has been awarded the U.S. Department of Commerce Silver and Bronze Medals.

During his visit, McLean was awarded the Challenger RU-COOL award in recognition of his effort to bridge international communities through the exploration of the world’s ocean. He was also awarded by Rutgers University a Distinguished Alumni award for his devotion to the field of Oceanography.