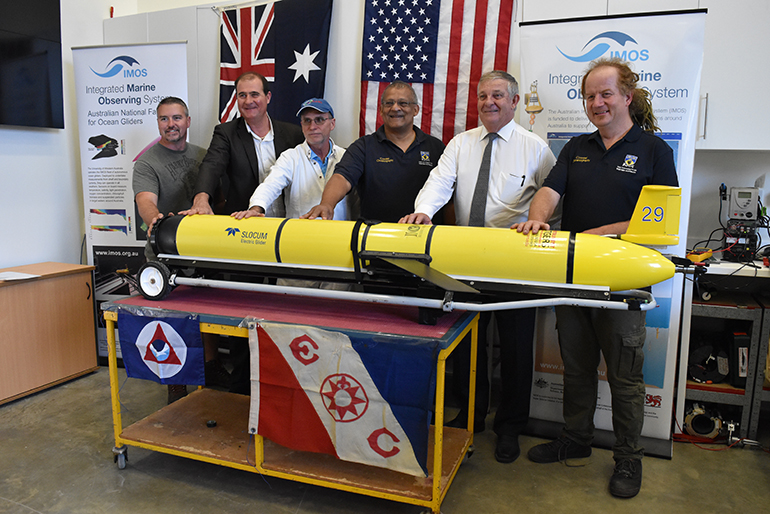 An international team of scientists and students has just completed the first of three legs in a three-year effort to be the first to navigate an autonomous underwater robot completely around the Indian Ocean. The mission was conducted as part of the global Challenger Glider Mission as a contribution to the Second International Indian Ocean Experiment (IIOE-2). At sea operations were conducted by Rutgers University and the University of Western Australia, with shore support provided by scientists from the US, UK, Australia, Spain, South Africa, Brazil, Germany, Indonesia and Sri Lanka.

Leg 1 from Perth, Australia to Colombo, Sri Lanka was flown by Rutgers underwater glider RU29, setting a new undersea world record for distance, covering the 7,570 km in 330 continuous days at sea. RU29 beat the team’s previous world record of 7,420 km set by Glider RU27 in the historic first crossing of the North Atlantic in 2009. RU29 is already the first underwater glider to circle the South Atlantic from 2013 to 2016.

RU29 will soon begin the second leg of the Indian Ocean circumnavigation on a similar 7,500 km mission from Sri Lanka to South Africa. 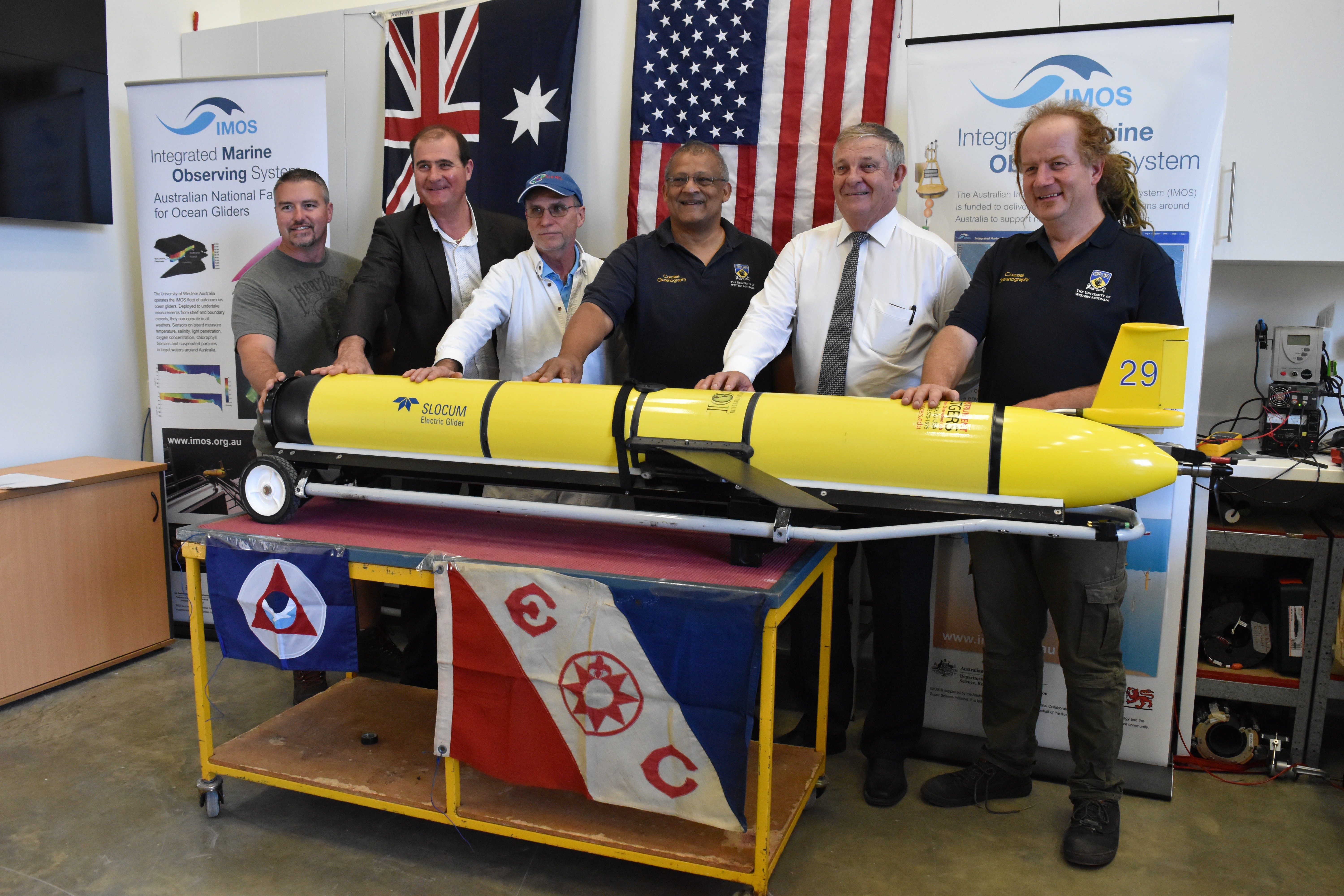 Glider RU29 is re-christened Challenger with Indian Ocean water at the University of Western Australia glider port in Perth, Australia. 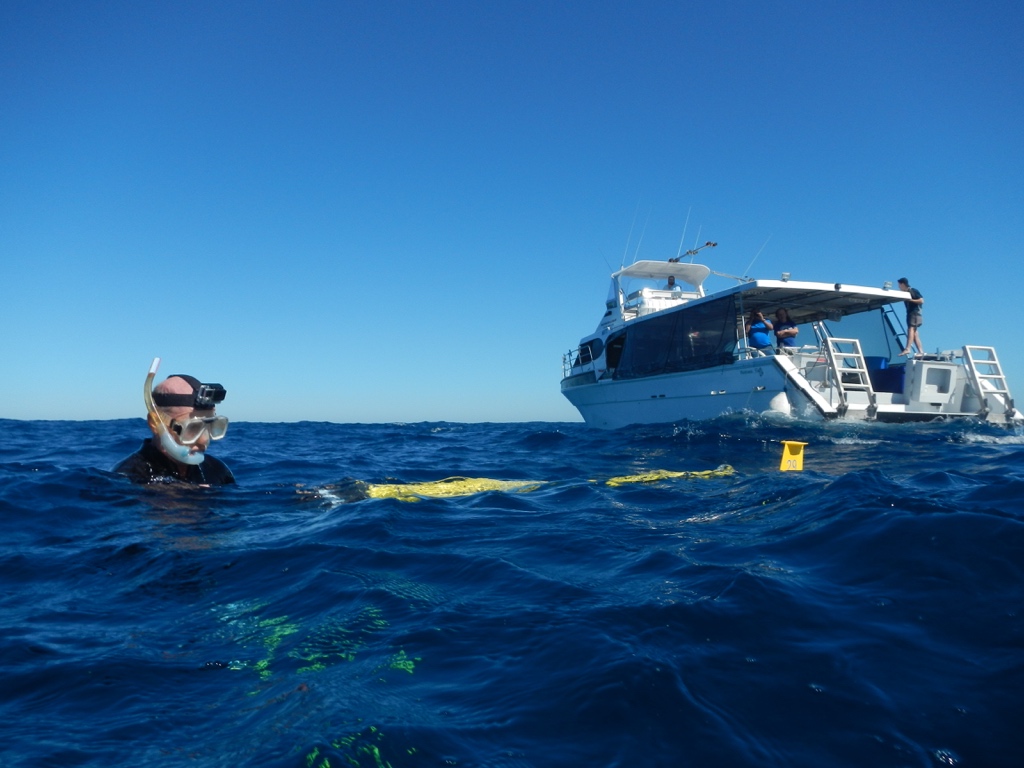 Glider RU29 is deployed on November 4, 2016 offshore Perth, Australia from a recreational diving vessel with Rutgers divers in the water and University of Western Australia scientists on board the ship. 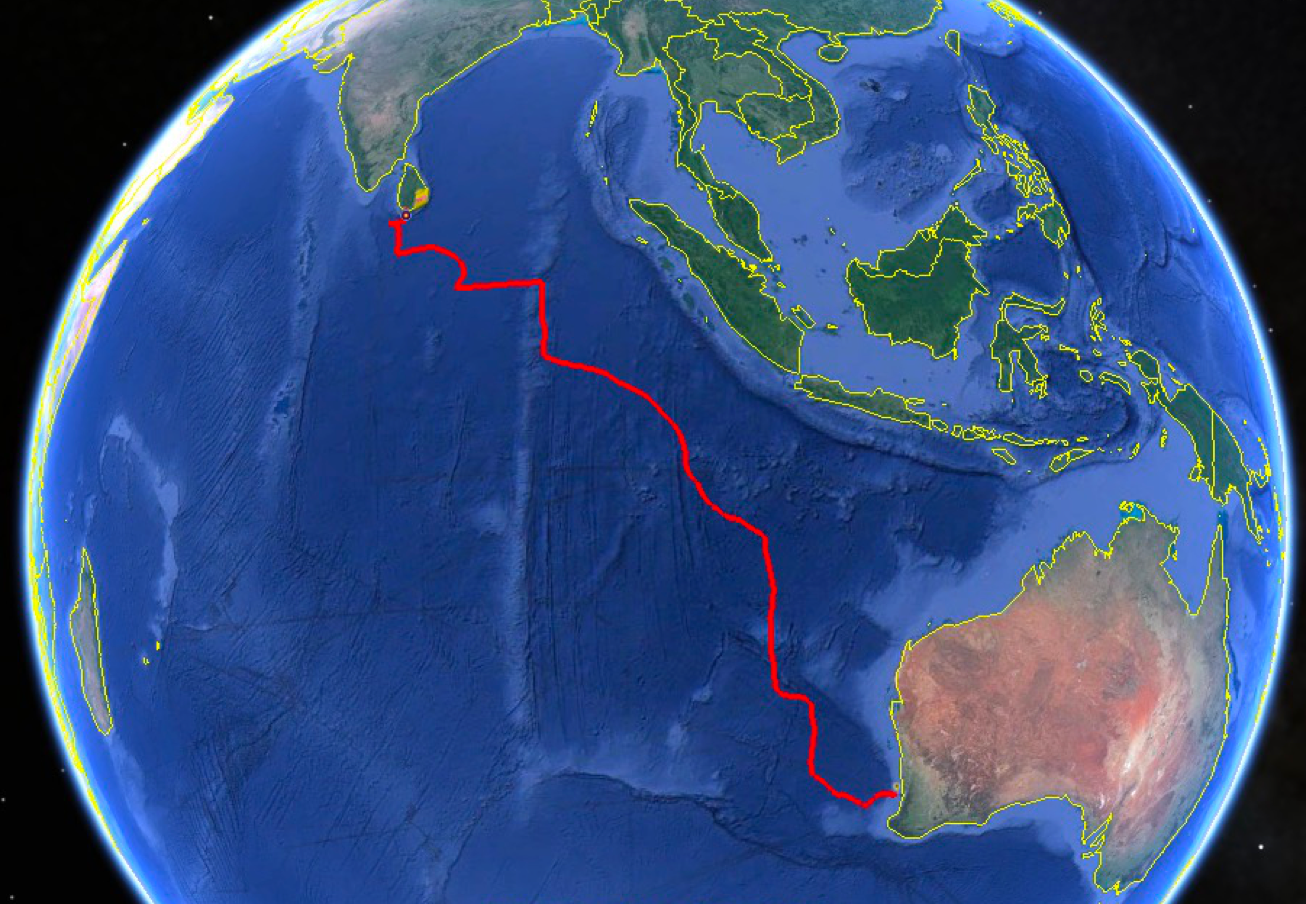 The track (red) of RU29 from Perth, Australia to Colombo, Sri Lanka. 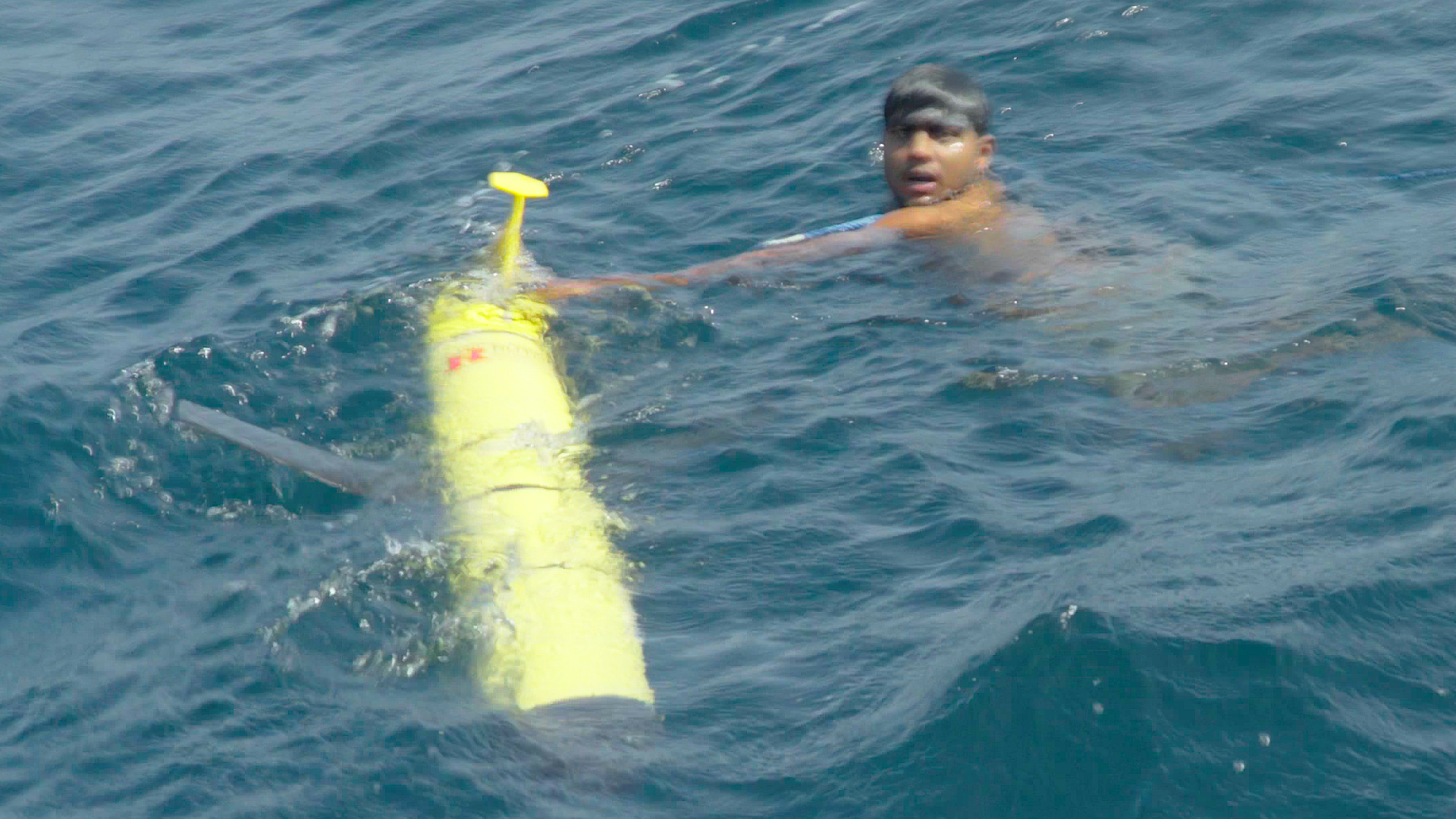 A swimmer from the Sri Lankan recovery vessel is the first to touch RU29 on September 30, 2017 after 330 days at sea. 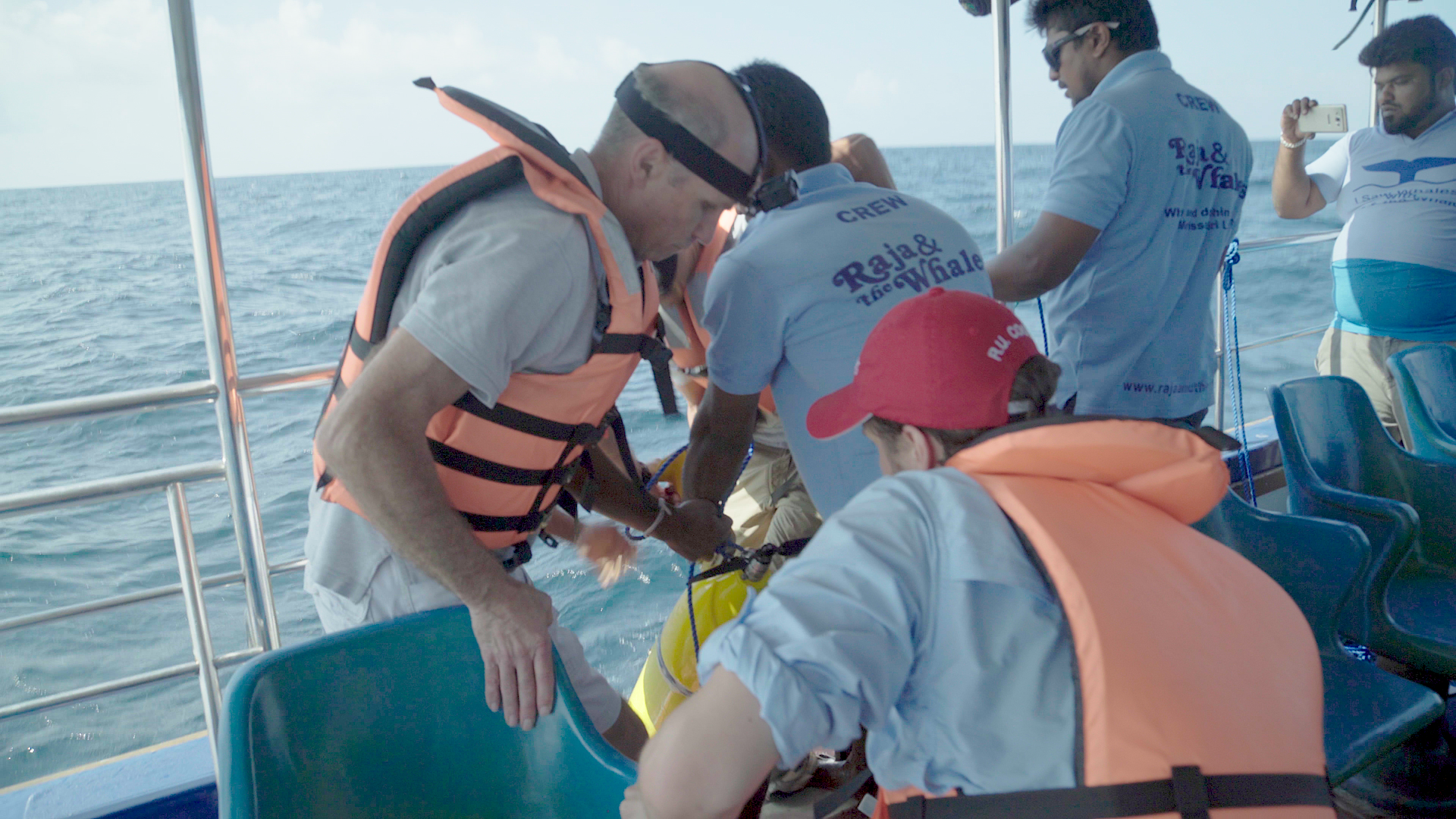 RU29 is lifted aboard a Sri Lankan whale watching vessel by a team from the Sri Lanka, Australia, and the U.S. 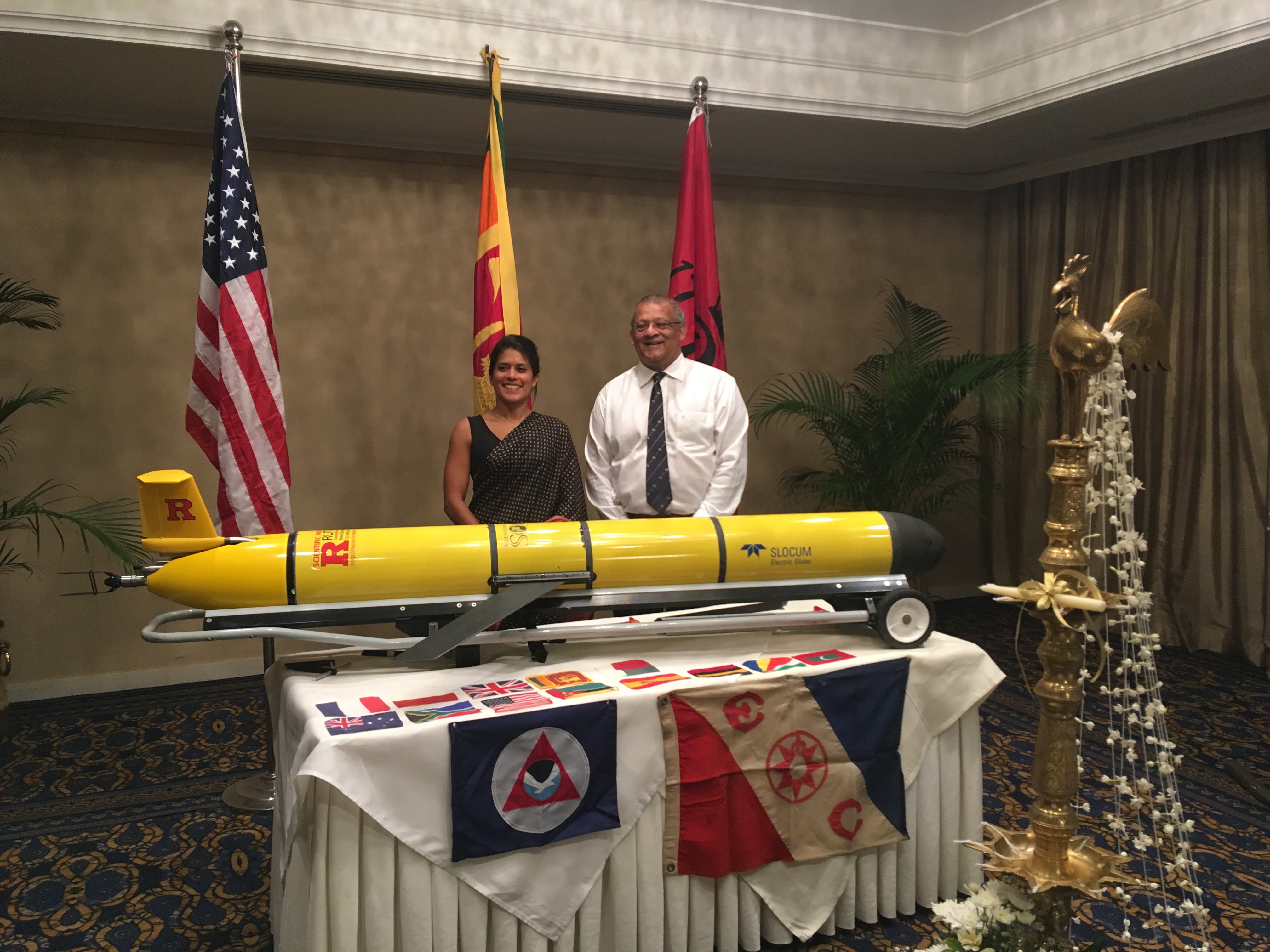 RU29 is prepared for a welcoming ceremony in Colombo, Sri Lanka organized by Prof. Chari Pattiaratchi (right). Dr. Asha de Vos (left) served as Master of Ceremonies. Displayed flags include U.S., Sri Lanka and Rutgers (on stands), NOAA and Explorers Club (side of table), and the international partners (tabletop). A traditional Sri Lanka oil lamp was lighted to open the ceremony. 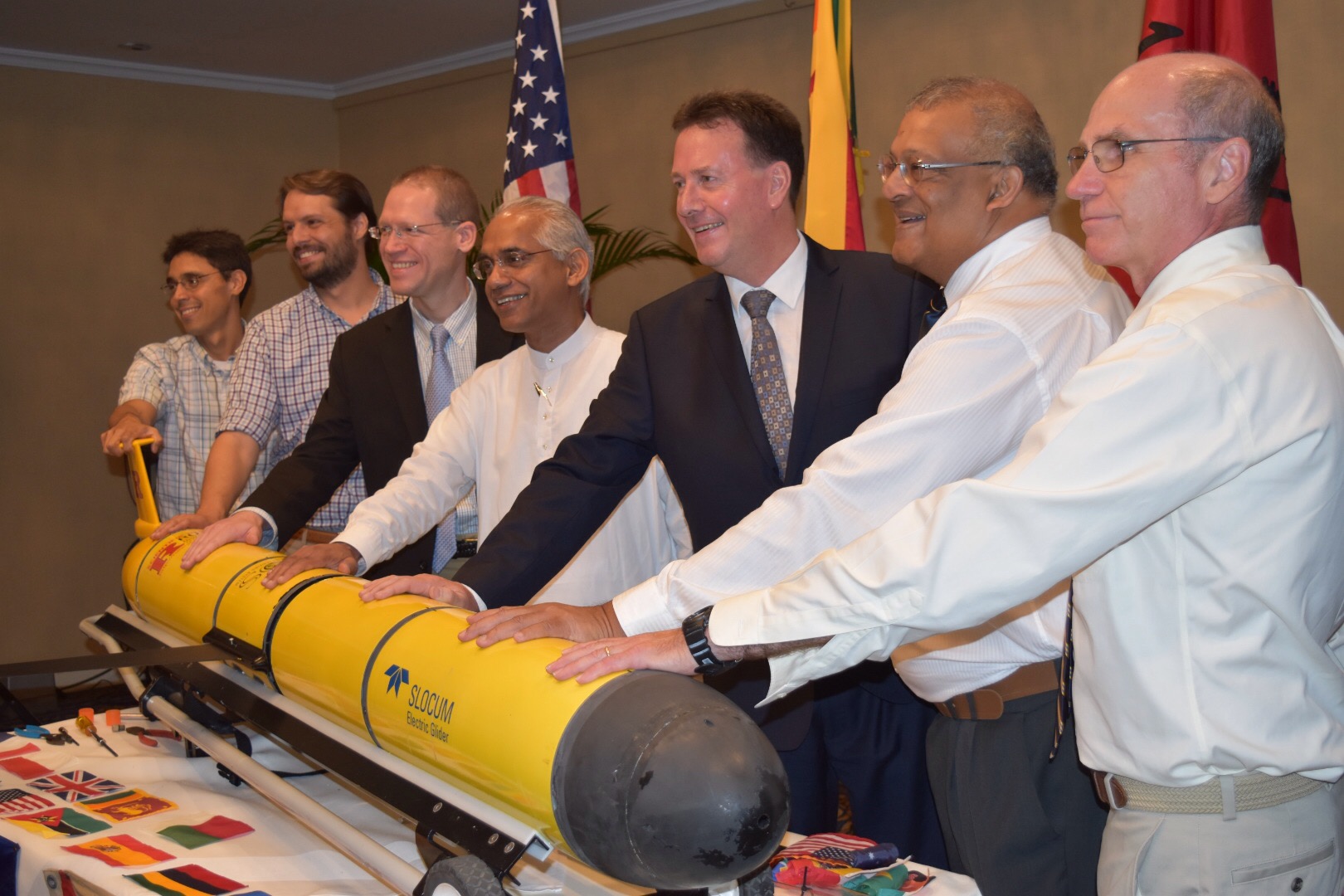